Rome, one of the world’s most romantic cities, is also home to some of the West’s most important cultural and religious sites. One weekend is not really enough time to take in the full significance of a city where almost every street is bookended by a hidden fountain or towering basilica.

My partner and I spent a long weekend there this month. We booked ahead to tour most of the recognisable sites. As a History graduate and a Classics & Archaeology graduate, we already knew the places we most wanted to tick off. Vatican City, the independent city state in the heart of Rome, was one of them. The seat of the Pope and centre of authority for the Roman Catholic Church, it has been independent since 1929. We tripped through the Vatican Museum without a tour and the sheer breadth of the collections of art and sculpture, along with the sumptuousness of the rooms they were housed in, was breath-taking. 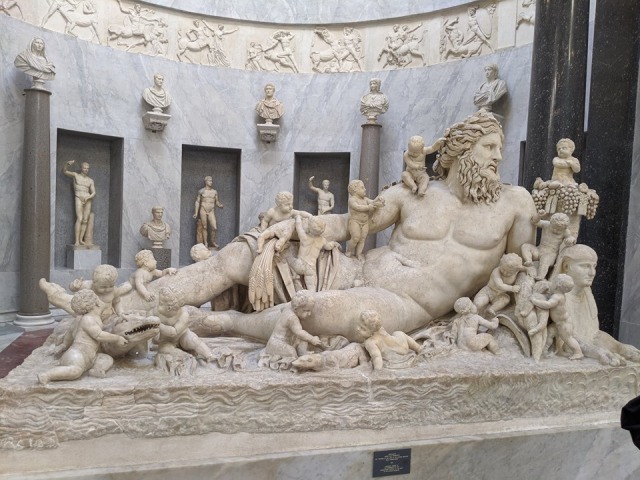 We did decide to book to tour the Necropolis beneath the city, which is not always open to the public. This is the location of a preserved archaeological site that straddles both the Roman pre-Christian era and the early Christian era. It has both examples of cremated remains in urns beside open terracotta funnels used to offer libations to honour the dead and early Christian burials in ornate sarcophagi. It was intriguing to note that the Necropolis was only saved in its current form due to the tireless work of archaeologists when it was first discovered searching for Christian burials amongst the early Roman Pagan ones to secure the protection of the site from the Vatican. 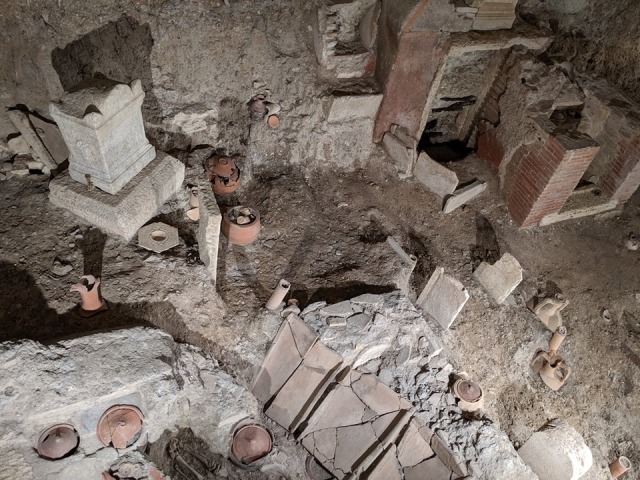 The greatest treasure of Vatican City is no doubt the Sistine Chapel. Although a wonder to see, the swell of people did mean you were herded a bit like cattle beneath Michelangelo’s masterpiece. The announcer loudly demanding ‘silenzio’ over the speaker system was also a mood killer.

St Peter’s Basilica carried a lot more gravity. As one of the largest churches in the world and one of Christianity’s holiest sites being St Peter’s burial place, you could feel the weight of those years of pilgrimage. The sheer amount of art and symbolism inside is once again mind-blowing and you could spend hours exploring it.

That weekend, in one day, we also squeezed in the Trevi Fountain, the Pantheon, the Colosseum, and Palatine Hill. It was something of a marathon… 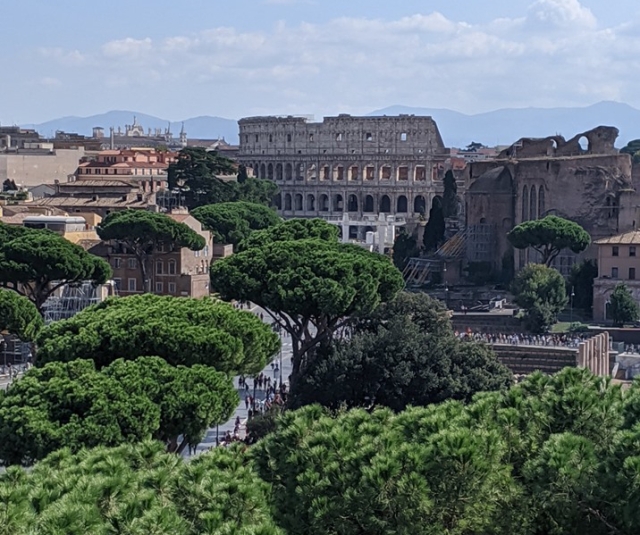 The Colosseum is certainly worthy of its mantle as one of the new 7 Wonders of the World. Its iconic silhouette is well worth the queue. After spending hours exploring ever nook and enjoying the exhibition inside (especially the psychedelic video montage of Carthage’s depiction in films and games) we found very little time or energy left for Palatine Hill, which was enormous, and largely seen by us from a position sitting on a rock.

There is definitely far more to see and we will almost certainly be going back again.